In 2012, the former president of Ghana, John Dramani Mahama, launched his autobiography, My First Coup D’état.

In the book, he shared some of the most personal details of his life, his growing up years, and especially his experiences from the time when Ghana experienced its first military takeover.

The former president also described some of his childhood memories on their father’s farm, one of which is how he got a scar on his face.

In the chapter titled “Perilous Crossings,” John Mahama described how he and his brothers, Peter and Alfred, took advantage of their father’s love for guns, to explore their youthfulness.

“It was in 1978, the long vacation after I’d finished writing my A-level papers. My father had a love of guns. There were handguns, revolvers, and rifles with single barrels, side-by-side double-barrels, and over-and-under double-barrels. You name it, Dad had it.

“Often on the farm, Peter, Alfred, and I would take the rifles and shoot wild rabbits and birds, usually partridges and guinea fowls, and carry them home with us to be cooked in a nice meal. When it came to shooting, Peter was better than all of us. That long vacation, Dad and several of our siblings were at the house in Accra, so Peter was looking after the farm in Tamale. When school closed, I stayed in Tamale to wait for my A-level results and to help Peter.

“Dad had a rifle that he favoured most when hunting. It was a 22-calibre semiautomatic with a scope and twenty-four-round magazine. Somehow, the scope got dropped and the crosshairs broke. Dad ordered a new scope from a company that was located abroad, but he left for Accra before it arrived. Because Peter was running the farm while Dad was gone, that rifle was in his possession. He’d been using it, even without the scope, when he went to the farm to hunt,” he wrote.

John Dramani Mahama explained further that when his brother took delivery of the scope, he wanted to give it a try and asked him to help out.

He added, that such an activity would have required them to go to a properly designed shooting range, but Peter, his brother, came up with an improvised bull’s eye.

With that, John had to navigate between helping to align the target and reading out the instructions to his brother, until things took a quick, near-deadly turn.

“Peter wanted to align the new scope to the rifle barrel, and he needed my help. Ordinarily, this is something that’s done at a shooting range. Since there wasn’t one anywhere in the vicinity, we decided to improvise. We got a piece of paper, drew a round target on it with a bull’s-eye, and stuck it to a piece of wood, which we placed on a stand. Peter got another stand for the rifle and placed it at a range of about ninety metres from the. We then began to zero the scope.

“After Peter had squeezed off his shot, I would signal him to ensure it was safe before dutifully walking to the target to note where the bullet had entered. I would point my finger at the spot… Peter had fired maybe five or six shots already. He was about to fire another. I was walking to my post behind the tree when I remembered that I hadn’t crossed out the last bulled hole. If I didn’t cross it out, we wouldn’t be able to tell the difference between his last shot and the one he was about to fire. I quickly went back to cross out the hole.

“While I was bent over the target, I felt something brush up against my cheek in that small bridge of space between my nose and my eye. I thought it was an insect or a cricket. I instinctively dropped the pen to swat it off. I think that’s when the sound of the shot registered in my mind. At the same time, I was touching my cheek and realizing that the flesh somehow felt different against my fingertips. It was unusually rough. I pulled my hand away and looked at my fingers, expecting to maybe find an insect. There was nothing.

“My skin still felt uncomfortable, so I rubbed my cheek again. This time, when I removed my hand, there was blood, it all happened within a matter of seconds. I didn’t make the link between the blood on my face and the sound of the shot I’d heard. I just kept rubbing my cheek, and the more I rubbed, the more the blood flowed,” he wrote.

Read the rest of this portion of the story of John Mahama in the excerpts below, courtesy GhanaWeb: 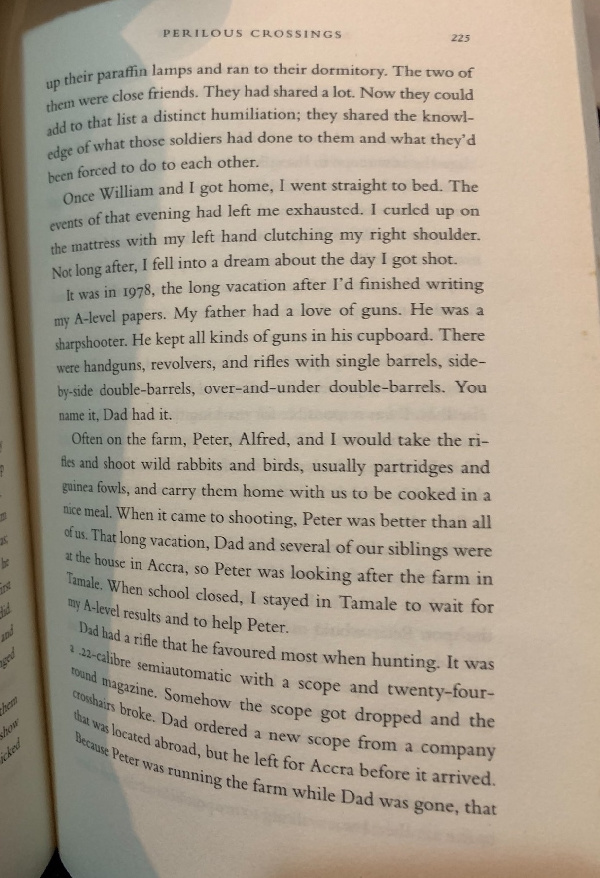 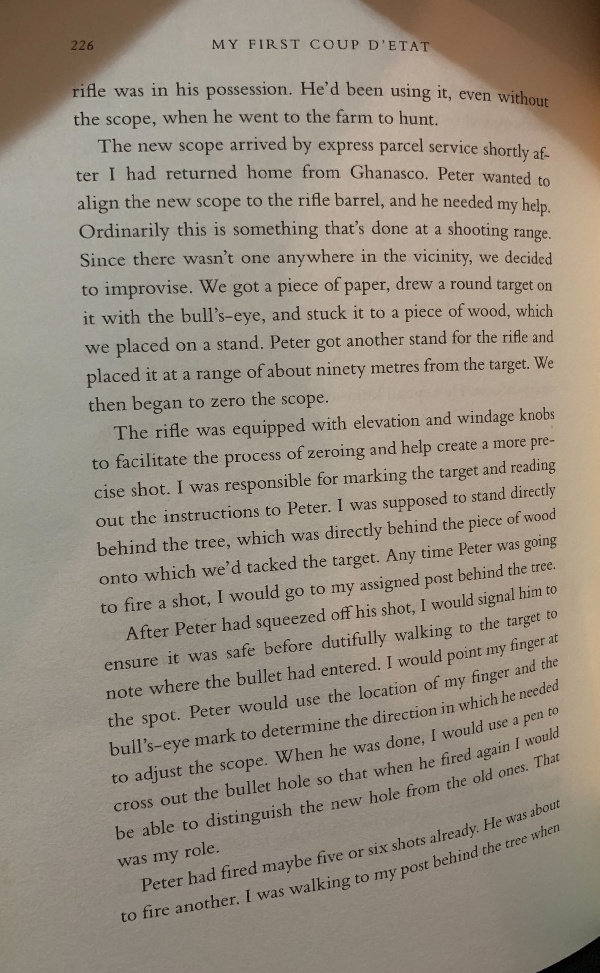 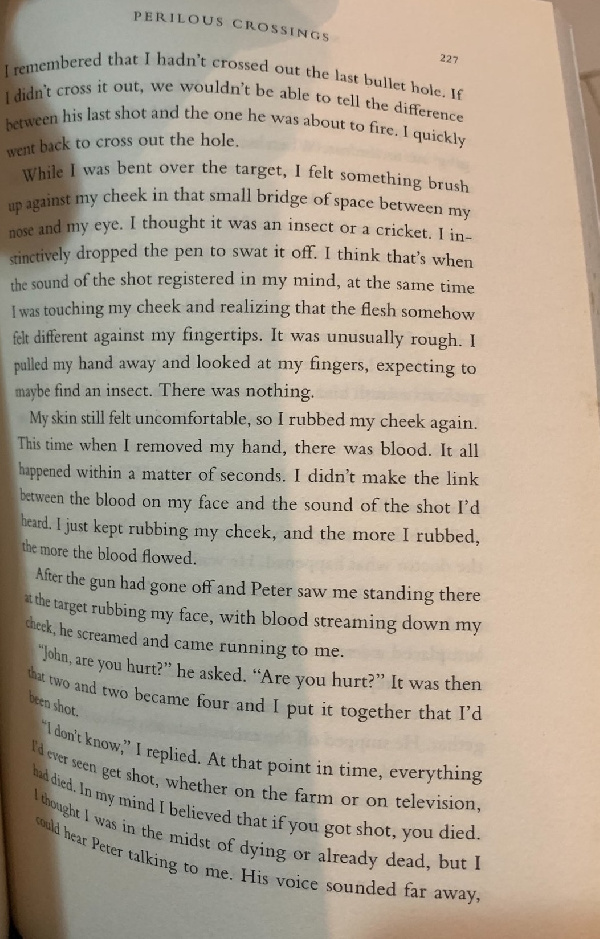 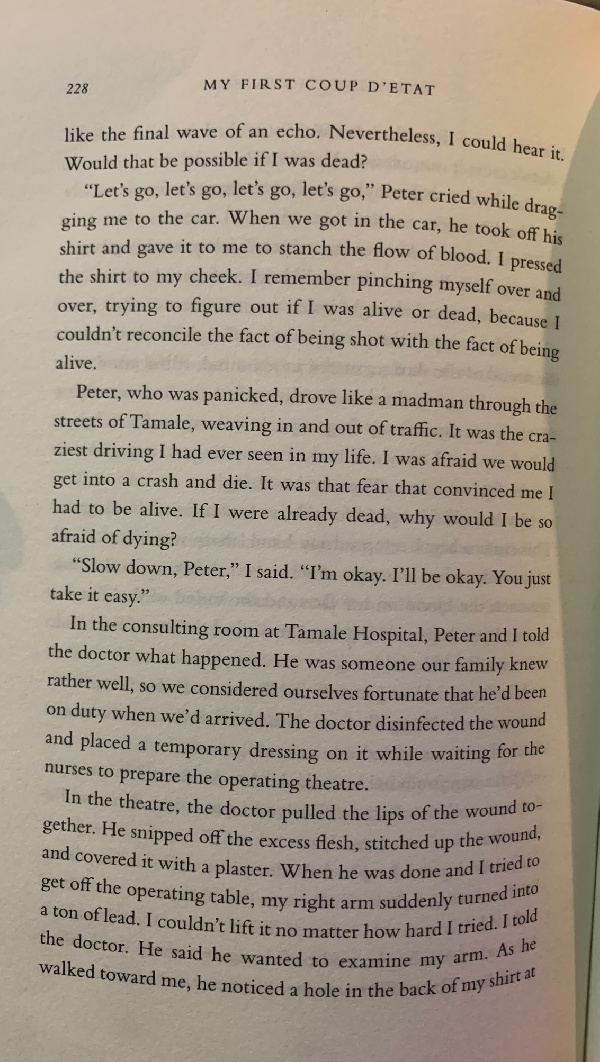 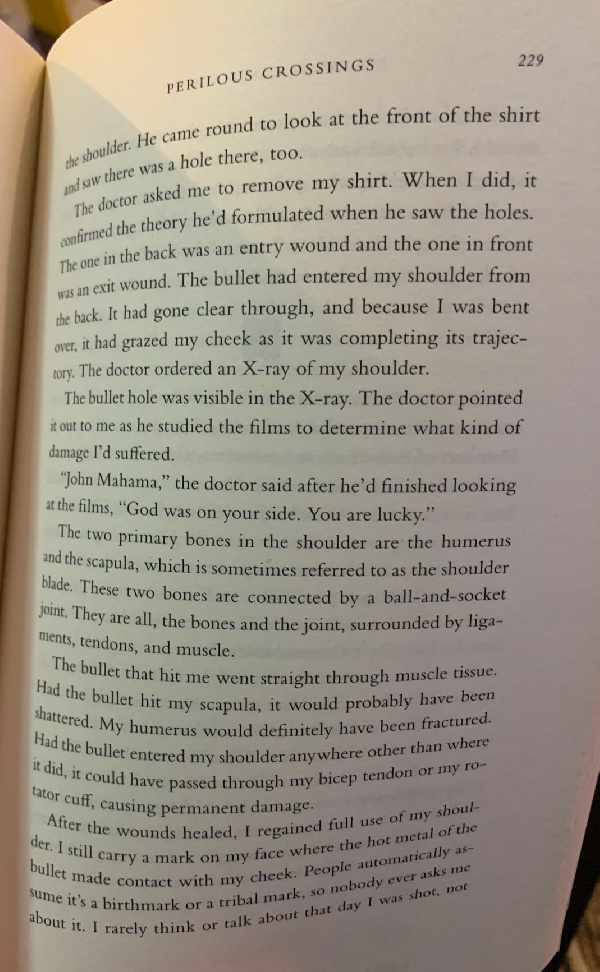 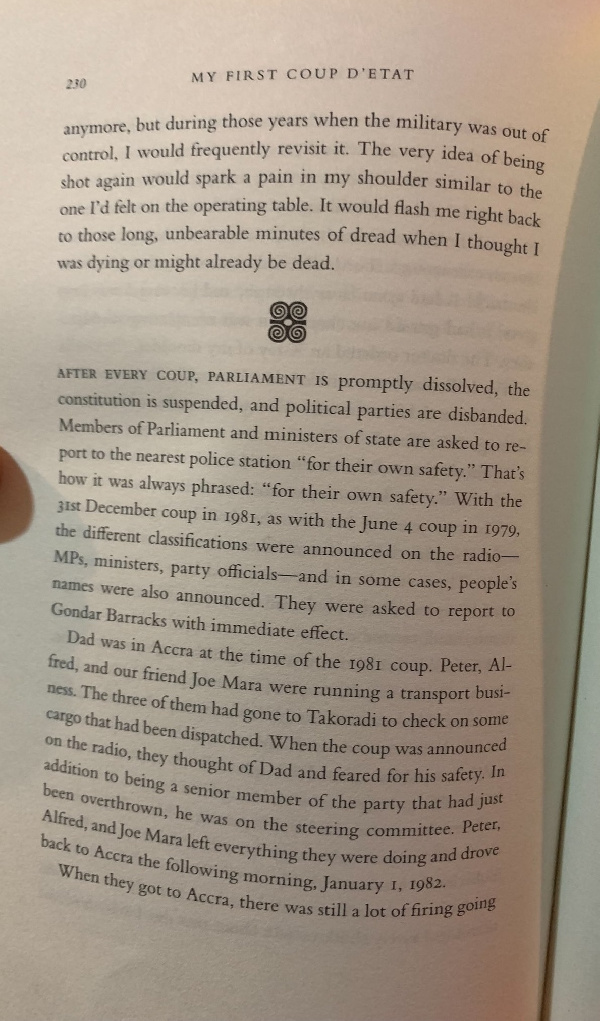 I’m not anti-John Mahama, I’ve worked with him since 2002 – Ofosu Ampofo

Nii Kwabena Bonney: The famous Ga chief who masterminded the boycott of European goods in 1948

Akufo-Addo says what he wants for his benefit, not the general public – Dr Amoako

GhPage is your news, entertainment, music fashion website. We provide you with the latest breaking news and videos straight from the entertainment industry.
Contact us: contact@ghpage.net
© 2022 All copyright resolved
MORE STORIES
News